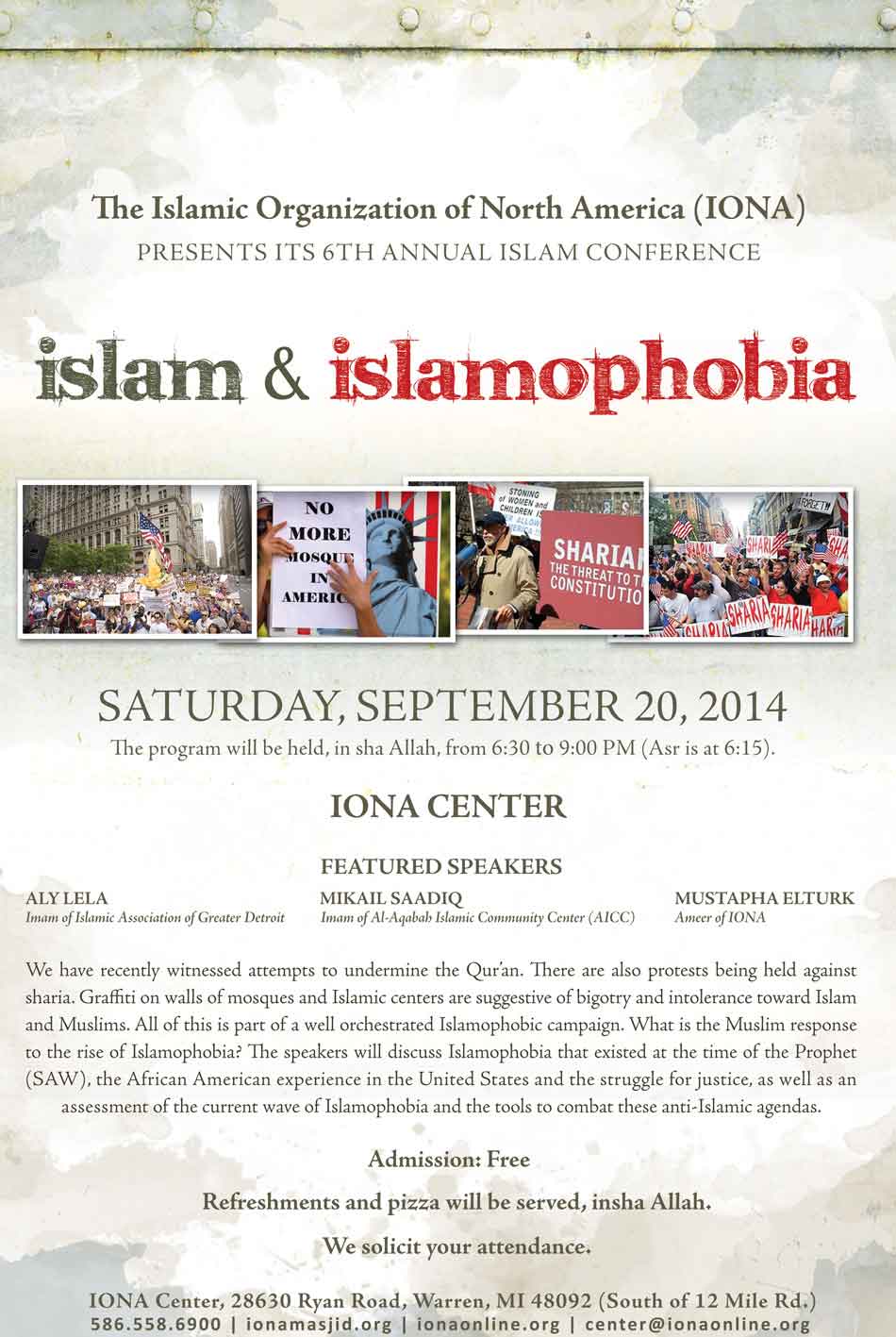 We have recently witnessed attempts to undermine the Qur'an. There are also protests being held against shariah. Graffiti on walls of mosques and Islamic centers are suggestive of bigotry and intolerance towards Islam and Muslims. All of this is part of a well orchestrated Islamophobic campaign. What is the Muslim response to the rise of Islamophobia? The speakers will discuss Islamophobia that existed at the time of the Prophet (SAW), the African American experience in the United States and the struggle for justice, as well as an assessment of the current wave of Islamophobia and the tools to combat these anti-Islamic agenda.

IONA's objective is to help the Muslims of North America understand and fulfill their divinely ordained obligations, in order to please Allah (SWT) and thereby achieve success and salvation in the Hereafter.

Subscibe to our mailing list and stay up to date with our upcoming events and latest news. We promise not to share your email with anyone except you.